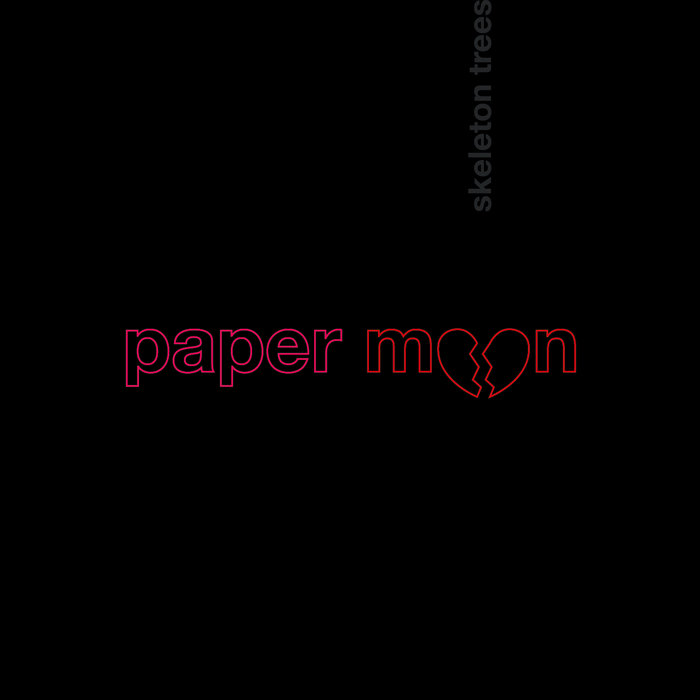 Paper Moon was composed and recorded as a Valentine's day gift. It is exclusively available as a digital download.

The Download is available in a 24-bit lossless FLAC format.

Produced by J.Bannon and Alice Morrison for Les Productions Kaivalya.

This recording is dedicated to love.

Skeleton Trees is a Montreal based band whose music is frequently characterized as a mixture of Ambient, Trip-Hop, Ethereal and experimental music.

Track Name: Over
I walked by you and you were blind
I tried to talk but you dismissed
My sorrow broke, I found a tool
I weaved a dream to run away
I tried to hide…
I’m such a fool to even care
It’s so futile, so now…

I have to leave, I need to go
I feel alone when I’m with you
I need to fly,
As far away from you that I can think about

I’ve seen the emptiness
Of your mind, your reality
But it’s over, now it’s over
I tried to fit inside your world
And pretend that I belong
Now it’s over, oh it’s over for us!

I’m not the same, it’s like a dream
You’re all alone
It’s like a show that no one else is watching
You deserve this…
Track Name: Inside my Heart
Do it now, do it right
Dress me up like I used to be
Do it now, don’t fool yourself
Come on inside and hurt me now

Do it now, do it fast
Do me like a toy and set me free
Take me now, erase my pain
Love is a gun I use to kill

Oh no, don’t walk away,
You’re such a tease
Hit me hard, express my pain
Let us forget our pocket charms

Do it now, End it all
Maybe you knew I needed you
So take my hand and walk with me
Call me by name and show me more

Oh she seemed so in love with you
Now I wonder what you’ll think of me
Yes, I took everything from you
Just so you would know that I do exist

Won’t you even fucking look at me?
I just destroyed everything you loved
All this blood in my hands
Please just acknowledge my love for you

Bandcamp Daily  your guide to the world of Bandcamp

Featuring Oakland sounds from the Smart Bomb collective and Samplelov.